Last week home loan rates continued to gradually improve since the Fed hiked rates by .75% in both June and July. The elevated chance of a recession and the Fed hiking rates into the slowing economy has pushed rates to the best levels since April. Let's break down what is happening and what to look for next week. 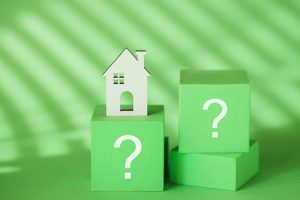 The media will talk about the Fed hiking rates and allow viewers to believe that it includes home loan rates. The Fed can only control short-term rates with the Fed Funds Rate.

Since the Federal Reserve began raising rates in June home borrowing costs have declined. Why? Don't higher rates from the Fed equal higher borrowing costs? Not necessarily. The Fed controls short-term rates like credit cards and car loans and the like, not long-term rates such as mortgages. As we said in the past, Fed rate hikes are intended to cool inflation, slow economic growth, and slow down the labor market. If inflation cools, the economy slows, and the unemployment rate ticks up...long-term rates move lower.

The 10-year note is at 2.67%...pricing in a slowing economy and less inflation. Bank of America was out last Wednesday saying they see the 10-yr yield going to 2.00% as economic conditions slow.

High energy prices have played a large role in slowing down the economy. This has consumers paying much more at the pump and for daily essentials. Oil prices have come down with a barrel at $90. Why? There are only two ways energy prices move lower. 1 - we create more supply or 2 - fears of a recession emerge. We are now staring at the latter. If energy prices break beneath $90, there is room that it will lead to further relief at the pump and less inflationary pressures which is good for long-term rates like mortgages.

The onset of a recession has impacted the housing market. Housing has finally seen some relief from skyrocketing home price gains in recent days as the CoreLogic Home Price Index in June saw a 18% year-over-year increase, down from the 20% plus gain seen in May. Another report showed that home prices cooled at a record pace in June. Big gains are not sustainable with historical percentage gains at 3.5% - 5%. CoreLogic is forecasting a 4.3% gain in home prices from June 2022 to June 2023. But low inventories are still plaguing the sector with the number of homes for sale on the market now 49% below levels seen in July 2019.

The next Fed meeting is in September. Up until that time, there will be several inflation readings and key economic reports for the Fed to consider. How these reports go may very well determine if and how much the Fed will hike rates. This will make the next few weeks very volatile in the bond market and interest rates. Again, if the Fed continues to hike rates into a slowing economy, it is likely we may see another downtick in home loan rates.

In the labor markets, The JOLTS report showed that there are 10.7 million jobs available across the nation, down from the recent number of 11.5 million as the job market is starting to flow. However, there are still 1.8 million open jobs per available worker with almost 6 million Americans unemployed. Outplacement firm Challenger, Gray & Christmas reported this week that job cuts in July were up 37% from July 2021.

"The job market remains tight, and large-scale layoffs have not begun. There are some indicators that hiring is slowing after months of growth, however." said Andrew Challenger, Senior Vice President of Challenger, Gray & Christmas, Inc.

Bottom Line: Home loan rates have appeared to make their peak back in mid-June. With more housing inventory coming to market, now is a great time to capture the home of your dreams with prices and rates off the highest levels of late.

The content of this website is intended for licensed third party originators or brokers only and may not be duplicated or dissemniated to the public. Carrington Mortgage Services is one of the leading wholesale mortgage lenders.