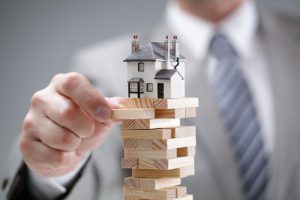 This week interest rates revisited 2022 highs in response to the Fed meeting, where the Federal Reserve raised the Fed Funds Rate by .75%. Let's discuss what happened and investigate the week ahead.

"It's very premature in my view to be thinking about or talking about pausing our rate hikes. We have a ways to go." Fed Chair Powell at Wednesday's press conference.

This quote, which took place 30 minutes after the Fed raised rates, was the main driver in a selloff in stocks and bonds. Stocks reversed 900 points lower intraday and the 10-year yield went from 3.97% to 4.11%.

Heading into the meeting there was growing speculation that the Fed would somehow tell the markets that future rate hikes would be smaller. There was even a Wall Street Journal article a couple of weeks ago which highlighted the debate Fed members had about how to message this "step down" of lower rate hikes ahead.

"In determining the pace of future increases in the target range, the Committee will take into account the cumulative tightening of monetary policy, the lags with which monetary policy affects economic activity and inflation, and economic and financial developments." FOMC Monetary Policy Statement - November 2022.

This line within the statement was initially read as a positive sign to both stocks and bonds that the Fed will pause or slow the pace of rate hikes to allow the existing rate hikes to seep into the economy.

However, just a short 30 minutes later at the press conference, Fed Chair Powell did not let the markets believe the Fed will make a smaller hike in December. Yet at the same time, he said "it could happen."

Some other hawkish Fed quotes which led the market to believe the Fed will continue with higher for longer with rates were the following:

Other Central Banks Around Globe Are Hiking

The Bank of England also raised their benchmark rate by .75% and said, "if we do not act forcefully now (against inflation) it will be tougher later on." As yields around the globe inch higher, it pulls our yields higher as well. The opposite is true.

It is important to remember, the Fed is looking to raise the Fed Funds Rate (an overnight rate) to potentially 5.00% sometime in the spring of 2023. And the Fed's goal, for the moment, is to hold it elevated until inflation comes down to 2%. The Core PCE measure is currently running at 6%.

Long-term rates, like the 10-year yield and home loans, will only increase if the economy can absorb the hikes. Right now, those rates are showing some resistance to move higher, suggesting the economy can't afford the higher rates without slipping into a recession.

Fed Chair Powell closed out his press conference by saying the chance of seeing a "soft landing" in the economy has "narrowed." The increased threat of a recession will limit how high rates will go and for how long.