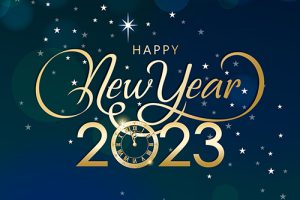 The first few trading days of 2023 saw an improvement in rates. Let's look at what happened this past week and brace for what is coming in the week ahead.

This is a bit different than what happened last year, as when 2022 rang in, interest rates moved higher and never looked back.

Interest rates gave up some of their nice gains to start the year in response to a much better than expected ADP Report (labor market reading).

The good news on more jobs being created was bad news for rates as markets worry the Fed will continue with higher for longer rates and eventually tip the economy into recession.

Ultimately, the strong labor market is great for housing and the overall economy as it would ensure that any economic recession would be shallow and short-lived in nature.

Last week, we also got to hear what the Fed was thinking and talking about at the December Fed Meeting, where they raised rates by a smaller .50%, breaking a string of four consecutive .75% hikes.

"Participants welcomed inflation drops in October, November but concurred it would take "substantially more evidence" of progress to be confident of a sustained downward path" - December FOMC Minutes.

This line from the Minutes is encouraging that inflation has indeed peaked but is a bit worrisome the Fed will be trying to keep rates higher for longer when inflation is already coming down. Remember, it was just back in November 2021 when the Fed admittedly got it wrong regarding high inflation. Could they get it wrong this time around?

Bottom line: Long-term rates appear to have peaked, but any further improvement will be based on the incoming data. We are seeing the threat of higher inflation being offset by the elevated threat of a recession.