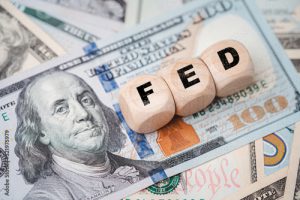 Home loan rates held steady near the best levels in months after another decline in inflation. Let's look at what happened this past week and brace for what is coming in the week ahead.

The headline Consumer Price Index, which includes food and energy prices, came in -0.1% for the month of December, which lowered the annual rate to 6.5%. The month-over-month decline was the first negative reading since December 2020.

Inflation is a main driver of long-term rates and is closely watched by the Fed, so seeing prices decline was a welcome sign for both.

The markets agreed. After the CPI report was released, the probability of a .25% rate hike on February 1st spiked to 87%. So, the markets are now expecting smaller and less Fed rate hikes.

The 10-yr Note yield, which does ebb and flow alongside mortgage rates, touched 3.46% after the report, the lowest level since early December. Long-term rates are forward looking and seeing where inflation is headed, which is lower. If inflation continues to decline, we should expect long-term rates like the 10-yr Note and mortgages, to decline as well.

Last year, home loan rates spiked higher and quickly in response to tough Fed talk or jawboning. So far this year, tough Fed talk is not having the same effect. Even though the Fed is currently saying they will keep rates higher for longer, long-term rates have ignored their words and continued to improve.

This is a reminder that long-term rates will only go higher if the economy can absorb all the rate hikes. The Treasury market is clearly saying the economy can't handle higher for longer rates without tipping into an economic recession. Like the famed investor, Jeffrey Gundlach, shared this week, "Watch Treasuries to follow Fed rate hikes and do not listen to the Fed".

Bottom line: 2023 has started with an improvement in rates, which is the opposite of what happened last year. With sellers eager to make deals, now is a great time for a buyer.